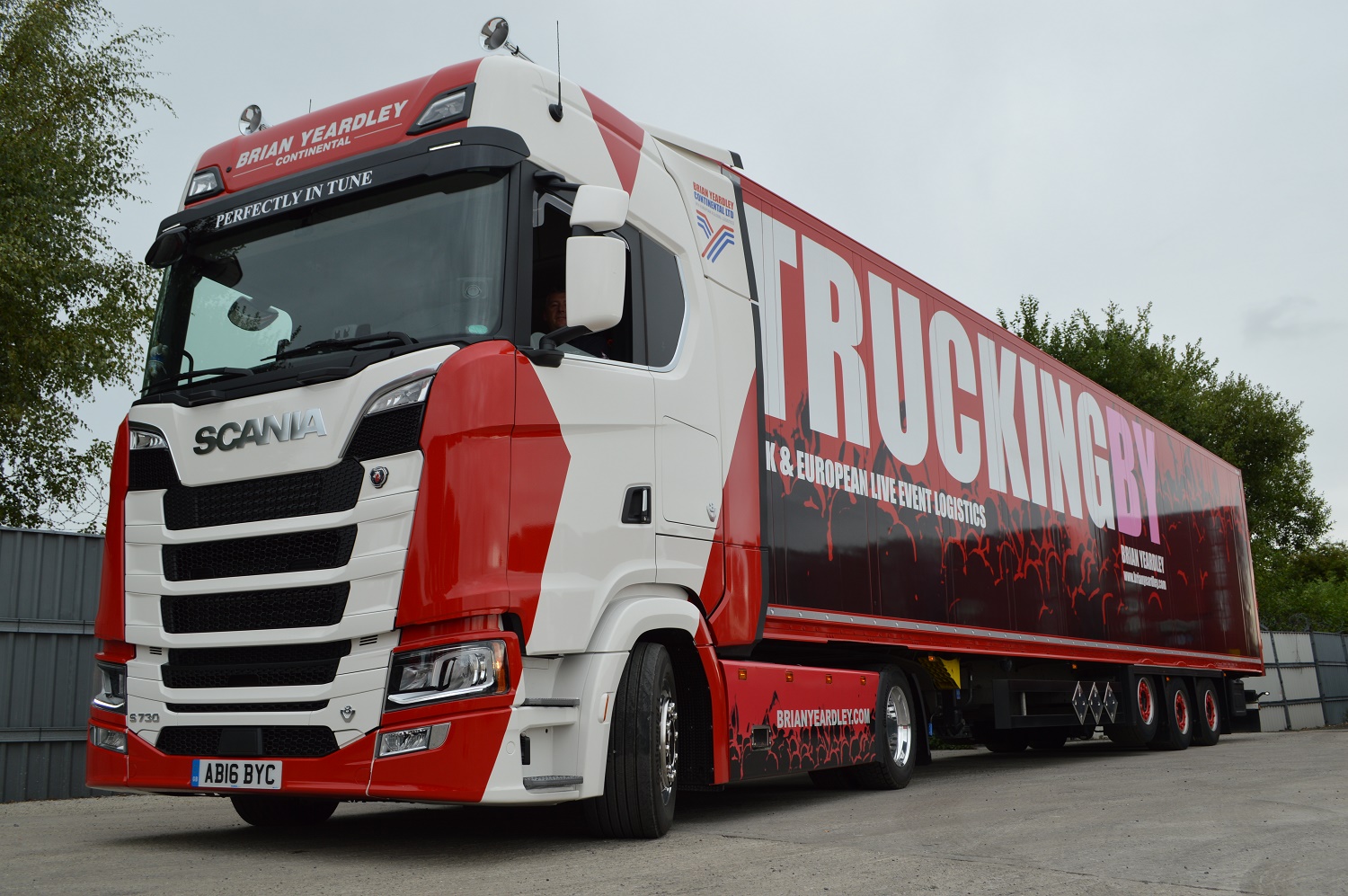 In November 2015, Brian Yeardley Continental purchased its first Scania 730 Low Ride tractor, thought to be the only 730 low ride in Europe as it's flagship to celebrate the company's 40th anniversary.  Since then, the truck has travelled on music tours and corporate events across Europe, Scandinavia and even Russia in its two years of service, and has proved to be a reliable asset to the fleet.

With the launch of the Scania's 5 series, Brian Yeardley's placed an order for a new S730 which has gone into service with the company in August, going straight out on a music tour with music icon Paul Weller around the UK.  Later this year it will be touring the old eastern bloc including venues in Kiev, St Peterburg & Moscow.