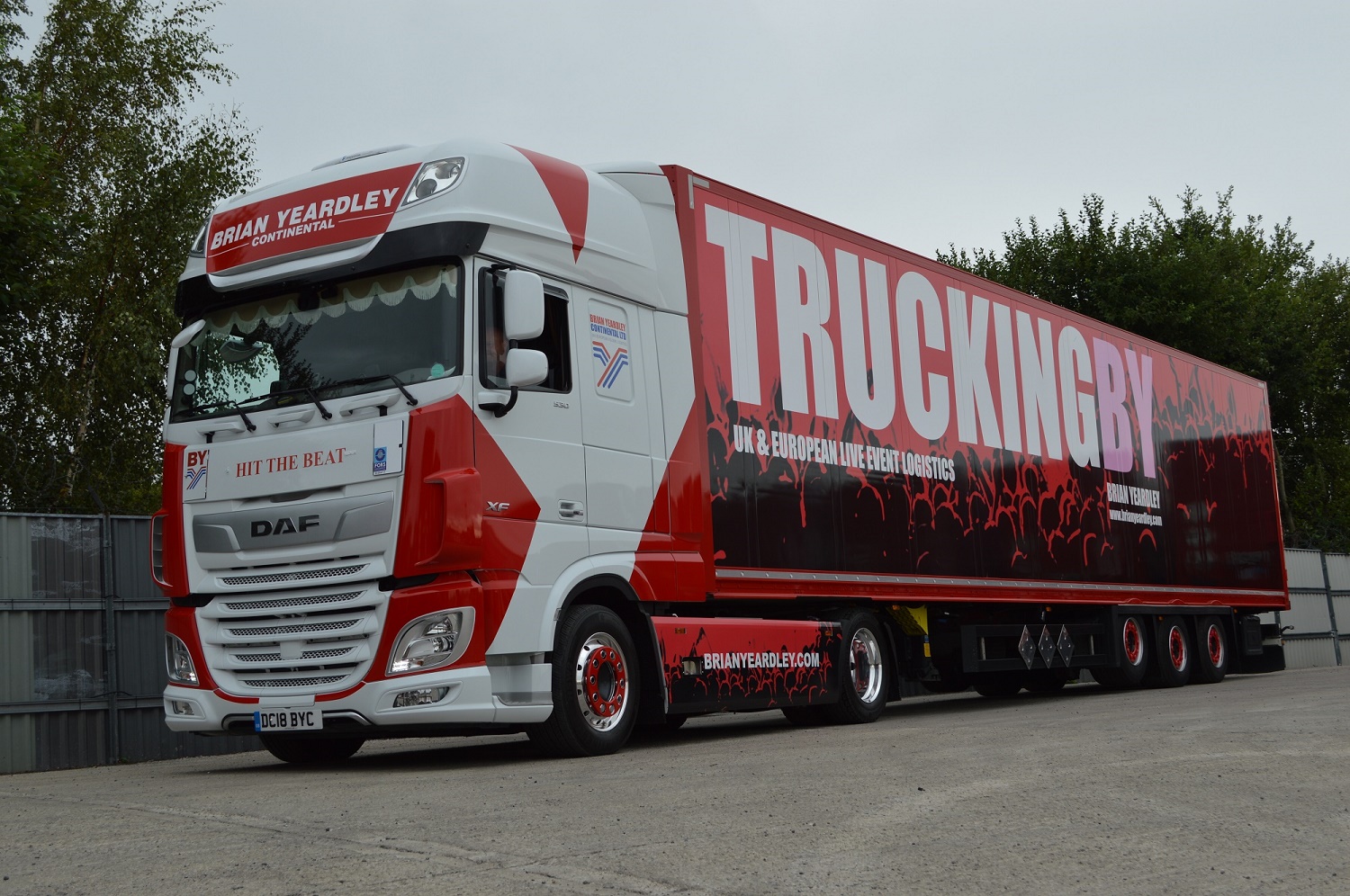 Brian Yeardley Continental have taken delivery of their first of an order for ten DAF XF 530 HP Low ride tractors and we are delighted with its performance so far.  The truck works on both the company's European general cargo division and its specialist Live Event business which supplies trucking to some of the biggest names in the music industry worldwide.  'The latest XF is already returning between 10.5 to 11mpg and the driver loves the cab space so its win win as far as we are concerned,' said Kevin Hopper, Managing Director.

The further nine DAFs will be in service by the 1st of January 2019.

Brian Yeardley were one of the first customers in the UK to take the New XF when it was introduced in 2017, taking three 480hp XF low deck tractors for their growing fleet.  The success of these led directly to the order for these latest additions.